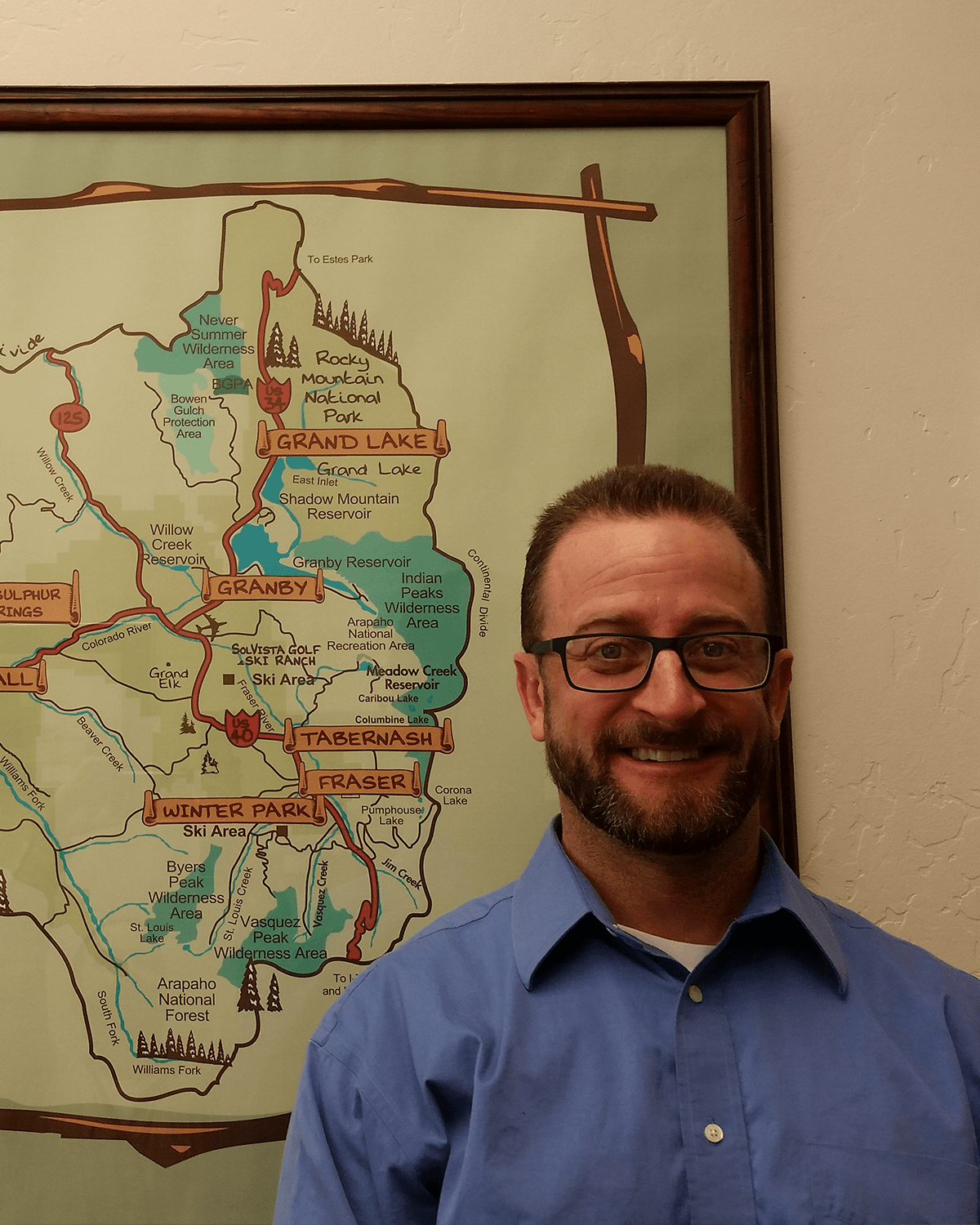 He graduated from the Air Force Academy in 1994 with a B.S. in science, and married his wife, Nicki, soon after. He later earned an MBA from New Mexico State University, a Master of Science in Strategic Intelligence from the National Intelligence University in Washington D.C., and was accepted as a PhD student in Public Policy at George Mason University (military assignments prevented him from completing the PhD studies).

Rich retired from the U.S. Air Force as a Lieutenant Colonel after serving for 20 years as an Intelligence Officer. Throughout those years, he and Nicki moved 10 times. Rich’s many assignments included a deployment to the Middle East for U.S. Central Command delivering maps and imagery to combat forces in Iraq, Afghanistan, Kuwait, Bahrain, Uzbekistan and the United Arab Emirates.

Rich first visited Grand County on a squadron ski trip in the early 1990s, and met Nicki in Hot Sulphur Springs in 1993. They returned to Grand County from Washington D.C. in 2013 to raise their three children – all of whom are Middle Park High School graduates. Despite no longer having children at MPHS, Rich continues to coach the Panther’s football team.